Patch 1.4.60 is here and we have another hero coming to the server on March 20, 2020. The Ocean Gladiator ‘Atlas’ will be available alongside his new skin ‘Atlas’s Reactor Core. 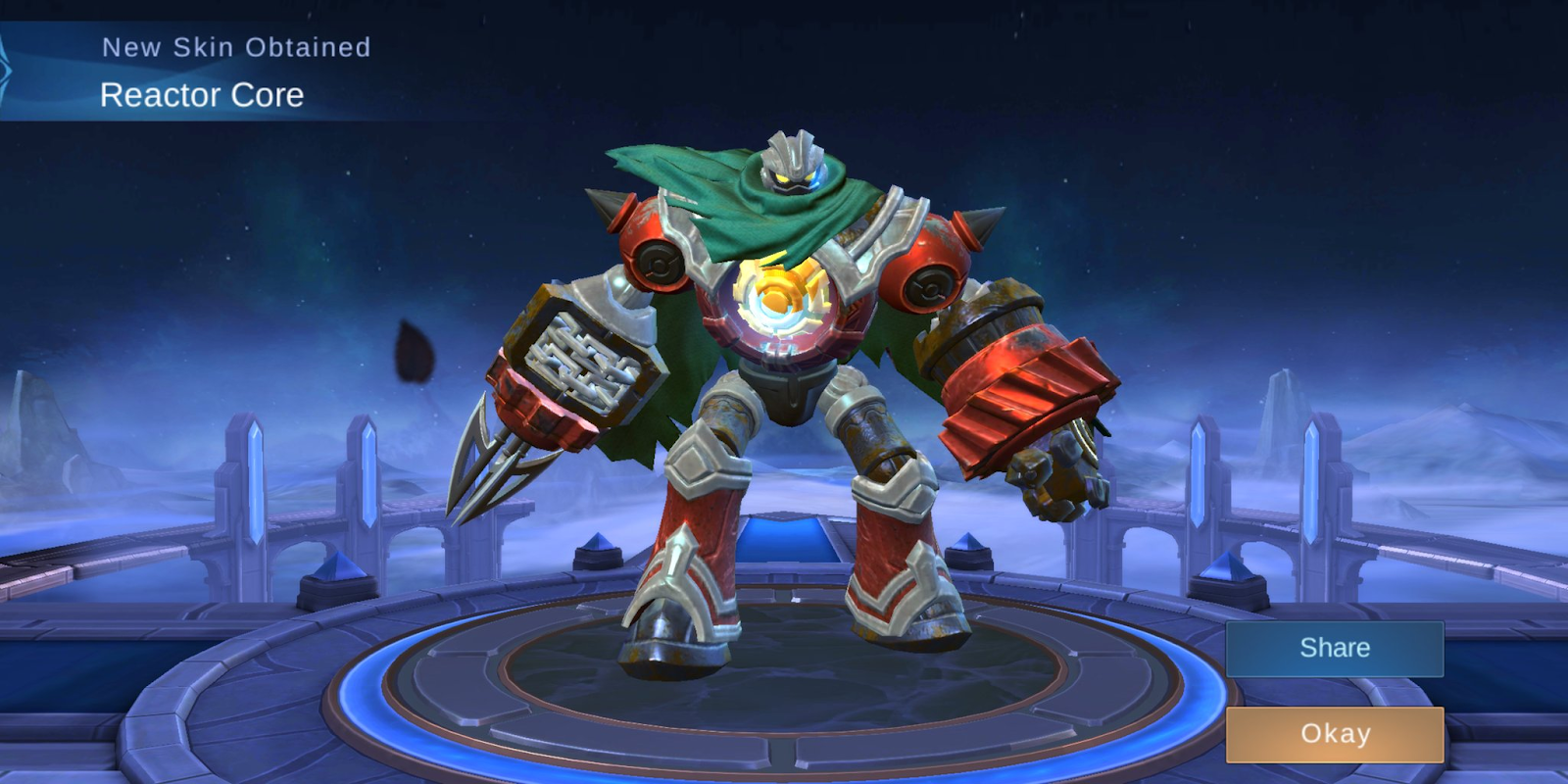 Atlas generates Frigid Breath around him for 5s each time he casts a skill. Enemies who stay in the area for 1.5s will have their movement speed reduced by 50% and attack speed by 50%. They can remove the slow effect immediately by leaving the area of Frigid Breath. Atlas gains 64-120 physical and magic defense when he is inside Frigid Breath.

This will help him soak more damage compared to other tanks. You can partner it with Dominance Ice to amplify the effect or you can replace the item for more sustain like Guardian Helmet or more magic defense by building a Cursed Helmet.

Ejected State: If Atlas has ejected from his Mecha Sentry, both himself and his Mecha will cast Annihilate.

The main damage source of Atlas. You can do a lot more damage when Atlas and the Mecha Sentry cast the skill.

Ejected State: Atlas and his mecha share the same HP bar and take 50% reduced damage in this state.

A great tool for engaging ganks and team fights. You can use this for an escape tool when you’re caught in a pinch.

Atlas hurls chains at all nearby heroes and starts to channel the skill (can only be interrupted by suppression and knock-airborne effects.) dealing 225 / 350 / 475 (+75% Total Magic Power) Magic Damage to enemies hit and slowing them 40% (decaying over 3s).
Use the skill again while channeling. Atlas will drag the targets towards him and plunk them down on the target location, dealing 360 / 560 / 760(+120% Total Magic Power) Magic Damage. Using this skill while on Ejected State will summon the Mecha Sentry to Atlas to merge.

One of the best crowd control ultimates in the game. This gives you a huge team wipeout potential if you manage to hit all the enemies and drag them to your team or tower.

With that in mind, I believe Atlas will make an impact on the meta and be a threat to your matches.

Atlas and his skin Reactor core will be available on March 20th with a 30% discount for a week.

My purpose is to create things to make people's lives easy, my dream is to establish a huge community with the same minds.

Been gone for a while now since pagpasok ng 2021.

Ragnarok X: Next Generation to Launch on 18 June

Hackers vs Cheaters vs Exploiters vs Crackers, what are the differences?

Been gone for a while now since pagpasok ng 2021.